When will the menopause end? 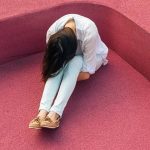 The average age for a woman to reach menopause is 51 – although this can be earlier, either naturally or due to surgery or illness, or later. And the time leading up to this is known as perimenopause, which can start years earlier, and is when some women can notice symptoms.

Technically, you are classed as being post menopausal the day after you’ve had 12 months without a period – but really what women are asking me here is when their symptoms will stop.

How long can menopausal symptoms last for?

Some of the most troublesome menopausal symptoms women experience in midlife are hot flushes and night sweats (associated with poor sleep and negative mood) which are often referred to by clinicians as ‘vasomotor symptoms’. If these occur for more than six days over a two-week period, they are thought of as ‘frequent vasomotor symptoms’. We now know that vasomotor symptoms are a marker for heart disease and osteoporosis, and are also linked to an increased risk of high blood pressure, abnormal cholesterol levels, weight gain and an increased risk of developing diabetes.

The NICE 2015 menopause guidelines state that 75% of post-menopausal women experience vasomotor symptoms and these symptoms last on average seven years. The evidence for this is based on the SWAN study (Study of Women’s Health Across the Nation) in the USA, which analysed 1449 women with frequent vasomotor symptoms from 1993 -2013).

In essence, women who experience frequent vasomotor symptoms early on in their perimenopause journey or even before this stage should expect to have the longest duration of total vasomotor symptoms of around 11.8 years and lasting after their final menstrual period 9.4 years.

Conversely women who only experience their first frequent vasomotor symptoms after their final menstrual period should expect the shortest duration of symptoms at 3.4 years.

Why do some women experience symptoms for longer?

There are a number of reasons some women are younger at the start of their vasomotor symptoms. These risk factors include smoking, being overweight, anxiety or depressive symptoms, lack of social support and, for some women, a heightened sensitivity to bodily sensations.

Of course, statistics don’t and can’t take into account every individual woman’s personal menopause journey, and it’s important to think about each woman’s short and long-term risks during their menopause transition.

Is there a limit to how long I can take HRT for?

From a personal perspective,I have a few patients in their 80s and 90s that still experience troublesome vasomotor symptoms which they would describe as moderate or severe and are still taking hormone replacement therapy (HRT) to manage these symptoms effectively. It’s important for women to realise there is no cut off or particular duration they can stay on HRT for.

How do I know if my symptoms have stopped if I’m on HRT?

If there is a recurrence of symptoms experienced it is then straightforward to return to your previous dose and continue and review things again in 12 months. If there are no symptoms then after three months you could then consider reducing the dose further and if you still don’t have any symptoms you may choose to eventually stop.

There are a number of factors which contribute to answering the question: ‘When does menopause end?’ Every woman is unique and will experience her menopause differently – so if you have any worries or doubts, please speak to your GP.

Does HRT make you gain weight 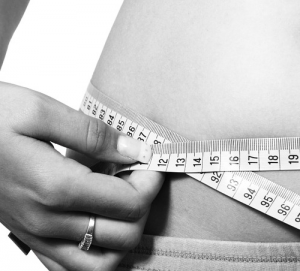 Weight gain is a major concern facing many women during their menopause journey. And one question I hear a lot is “Will HRT make me gain weight?”

But before I address that specific question, it’s important to look at the background issues. According to the World Health Organisation statistics, there are 1.9 billion adults worldwide who are overweight and 23% of women in the UK are obese.

We know that obesity is a major risk factor for heart disease, high blood pressure, stroke, diabetes and osteoarthritis. It is also an independent risk factor for cancer including breast, uterus, ovarian and bowel. It increases women’s likelihood of having hot flushes and sweats and that these symptoms will last longer. It also often brings with it an increase in anxiety and depressive symptoms, which in themselves can create a vicious cycle that prevents weight loss.

During the menopause transition, weight increases roughly 0.5kg each year. This weight gain is influenced by a complex combination of factors – some of which will depend on socioeconomic status, education, family tendency, depression, medication, level of physical activity, and some on menopausal hormonal changes.

During the perimenopause and menopause, the egg follicles reserves contained within the ovaries are depleted. They produce the majority of our oestrogen that circulates around the bloodstream and perform essential functions in various tissues in the body. This drop in oestrogen levels results in a change of the fat distribution in the body resulting in “central abdominal obesity” – what we often think of as middle-age spread.
There is usually an increase in the waist circumference and in body fat, resulting in an increase in BMI (body mass index). This weight change can also bring with it unfavourable changes to blood pressure and cholesterol levels, and a higher risk of developing diabetes.

Back to HRT – will it make you gain weight?

As with many things menopause related, there is no definite answer – it depends on the type of HRT and to each woman’s personal response to hormones.

HRT is either given as oestrogen alone if a woman has had a hysterectomy or has a Mirena coil inserted, or in combination with a progestogen if a woman still has a uterus.

In theory, the oestrogen component should not cause weight gain, and in some women it can reduce the central abdominal obesity and reduce their risk of developing diabetes. It can be the type of progestogen used in the HRT that can affect weight gain and it is worthwhile reviewing your previous response to hormones and the range of options available with your GP. The choice of HRT will depend on each woman’s personal circumstances and there is no one size fits all.

I approach each woman as an individual and assess their past experience with hormones – either contraceptives or HRT – and try and tailor their treatment regime accordingly. The majority of women I have treated have not had to stop HRT because of weight gain, but roughly 5% of women will be sensitive to all hormones and may experience side effects that are not commonplace.

Remember also, during the perimenopause your own natural hormones are fluctuating so weight gain may not be due to HRT.

HRT is only one factor and looking at lifestyle around the menopause is essential for long-term health. Exercise reduces body fat and increases muscle, helps reduces stress levels, depressive symptoms and improves sleep. Diet is also very important alongside keeping a moderate alcohol intake. Does gaining weight on the pill make it more likely you’ll gain weight with HRT?

The combined hormonal contraceptive pill and the progesterone only pill contain a variety of combinations of different oestrogens and progestogens and some of those are similar to certain HRT products but they are often delivered either in a different method or in a different dose combination. So gaining weight with the contraceptive pill does not necessarily mean that will happen with HRT and there are many products to choose from.

What to do if you think your HRT is making you gain weight?

It is important after starting any new HRT regime to have a three-monthly review with your doctor to assess response to treatment and discuss any side effects. There are a range of HRT preparations and it may take time to find the method that best suits you.

Most HRT that is commonly prescribed contains the same oestrogen component, 17B Oestradiol, which is identical in chemical structure to the oestrogen that the ovaries produce and so is referred to by some clinicians as ‘body identical’. This can be prescribed in the form of a tablet, patch or gel (pump dispenser or sachets).

The progestin component differs according to each product and this is what is sometimes responsible for changes in weight. There is currently only one licensed progesterone which is ‘body identical’ which can be taken as a capsule either orally or inserted in the vagina as a pessary. If a woman is experiencing weight gain it maybe that a body identical hormone would be more suitable but again this depends on personal background medical history, bleeding pattern and individual circumstances.

The aim with all forms of HRT is to control symptoms at the lowest effective dose, so if you are particularly sensitive to hormones you can start at a low dose and review your response at three months.

Gaining weight is therefore not a foregone conclusion with HRT, and it’s important to get to know your body’s responses and keep on monitoring your symptoms and progress. 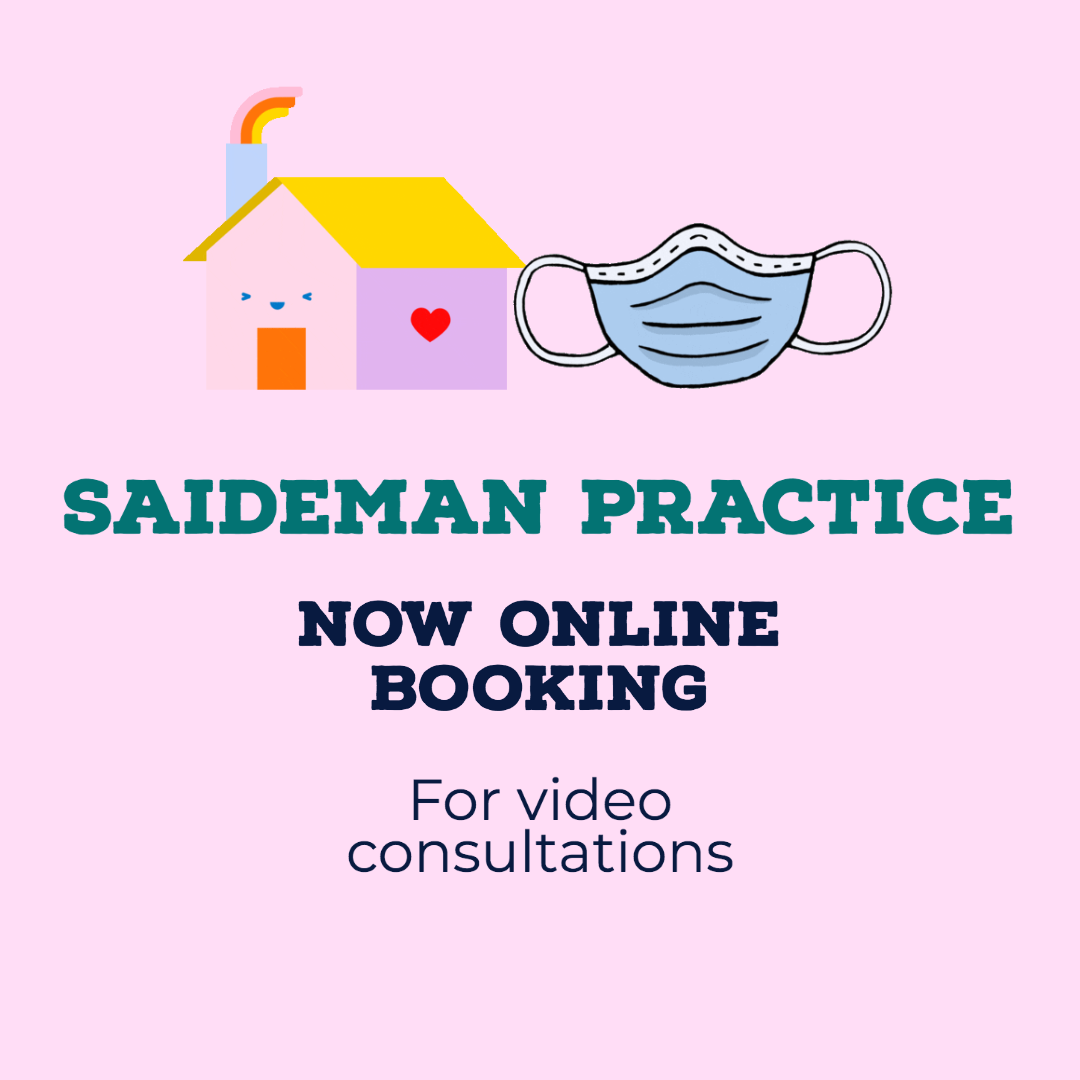 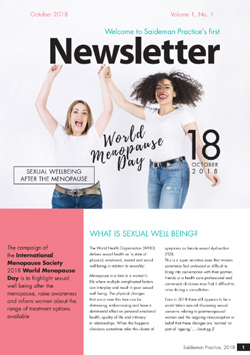